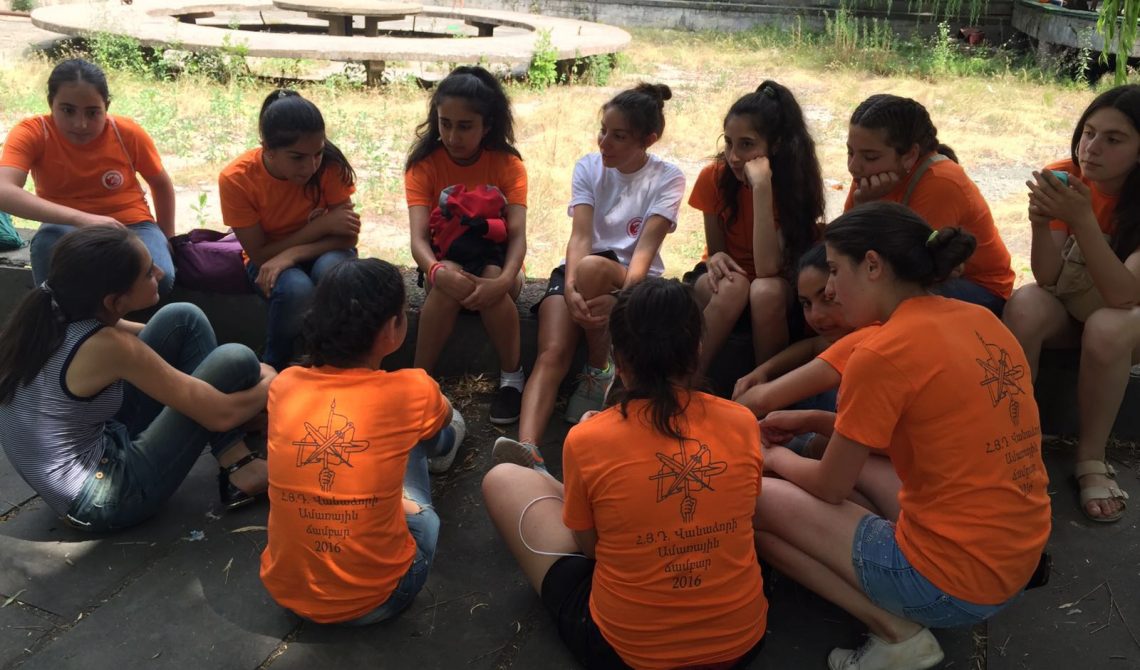 Week two, day one. As we prepared ourselves for the day ahead of us, we realized how happy we were to begin a new week with a group of incredible and talented campers. We began our day by assigning our group of 13 and 14 year old campers the task of drawing their interpretation of change they wish to see in Armenia. Some groups presented drawings of a cleaner environment, which included the addition of more trash bins and smoother roads. Other groups portrayed their thoughts on equality between men and women. Their vast knowledge on current events at such a young age truly impressed me. After teaching the campers several songs and dances, we headed towards their favourite park (the Ayki), where one of our campers brought her traditional Armenian instrument called the kanon.

Although we are teaching these kids such simple ideas, I strongly believe that our work and volunteerism are going to cause a greater impact on the nation in the long run. My greatest motivation in entering this program was to not only be able to present the youth with different perspectives, but learn from the campers about the realities of life in Armenia, as well. I can say with some certainty that this goal will be achieved throughout the course of this camp. I cannot wait to see what the rest of the week has in store.