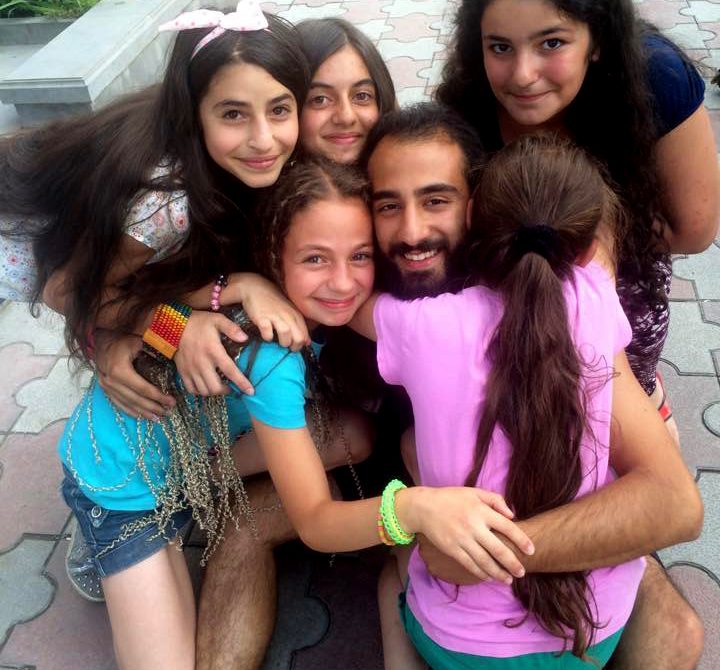 Last year, when all of my friends were visiting Armenia, I decided to stay in Montreal and work for the summer. I had told myself that I would definitely visit my motherland the next chance I got. When I first heard about the AYF Vanadzor Jampar, I was instantly fascinated. I heard all of the details about the Jampar through a group of friends that had participated in the previous years. The only experience I had with kids was dealing with the younger scouting groups of Montreal. That fact aside, I was ready to dedicate two weeks of my time and knowledge to teach the young adults of Vanadzor all about the ARF and its ideals. The planning began a few months before the actual camp. 12 volunteers from Montreal, Toronto and Los Angeles met and got to know each other.

I was excited to work and exchange ideas with the rest of the volunteers. I decided to volunteer as a counsellor for the 11-12 year olds at the Jampar. My teammates and I decided to start with the schedule. We experienced a couple of obstacles and the planning took time, but we managed to put together a schedule full of exciting games and lectures. The months flew by and it was time to pack our bags and head out. After spending a few memorable days in Yerevan and in Artsakh, it was time to head to Vanadzor. I could tell that all of our volunteers were very excited and a little anxious to start the two week journey. Before I knew it, the gates were opened and the children were ready for camp. The sight was a little overwhelming. Seeing nearly 400 kids anxiously standing in line for their white Vanadzor t-shirts was something special. That Monday morning was really busy for the group. Getting all of the names and groups right took us a little over two hours. The hard part was done and it was time to meet the 11-12 year old young adults with whom I was going to spend my two weeks. During registration, my two teammates and I quickly noticed that we had 110 campers in our group. That list grew to become 120 over the next two days. We decided to separate the team into three smaller groups to become more effective. Each counsellor had nearly 40 kids and our first goal was to memorize all of their names and getting to know them. My first day at Jampar was hard, however very exciting. It was the first time I was in charge of 40 11-12 year old children by myself. I was given a helper on the third day which made things a little easier. I had to modify the schedule that was planned earlier to adapt to the environment that I was in.

This made me realize that now matter how prepared you may think you are, changes are inevitable at the moment. I was really excited to give the campers my prepared lectures and see what they already knew about the ARF. The first lecture I gave them was about the Lisbon 5 due to the commemoration day that was approaching quickly. I told them about the brave men of Lizbon 5 and what they did for their country. It was hard to get the message across at first, but through the lecture and song I taught them, it was obvious that the kids were learning and were eager to learn more. It only took me two days to get attached to the kids in my group. Although you spend a decent amount of time with all the children at the camp, you really build a special bond with the ones that are in your group. Despite their constant hyper and energetic attitudes even when not appreciated, I can’t help to care for every single one of them. All of the hard work that has been put into this Jampar by the organizing committee and the volunteers themselves is realized in the look on their faces and their smiles after a lecture or a fun game. I believe a lot of good is being done by helping and preparing these kids for the future, but I believe that more volunteers and resources are needed to keep our Jampar going. I urge all readers to either volunteer or help in any way available, because these kids are our future and we need all the help we can get to guide them in the right path.