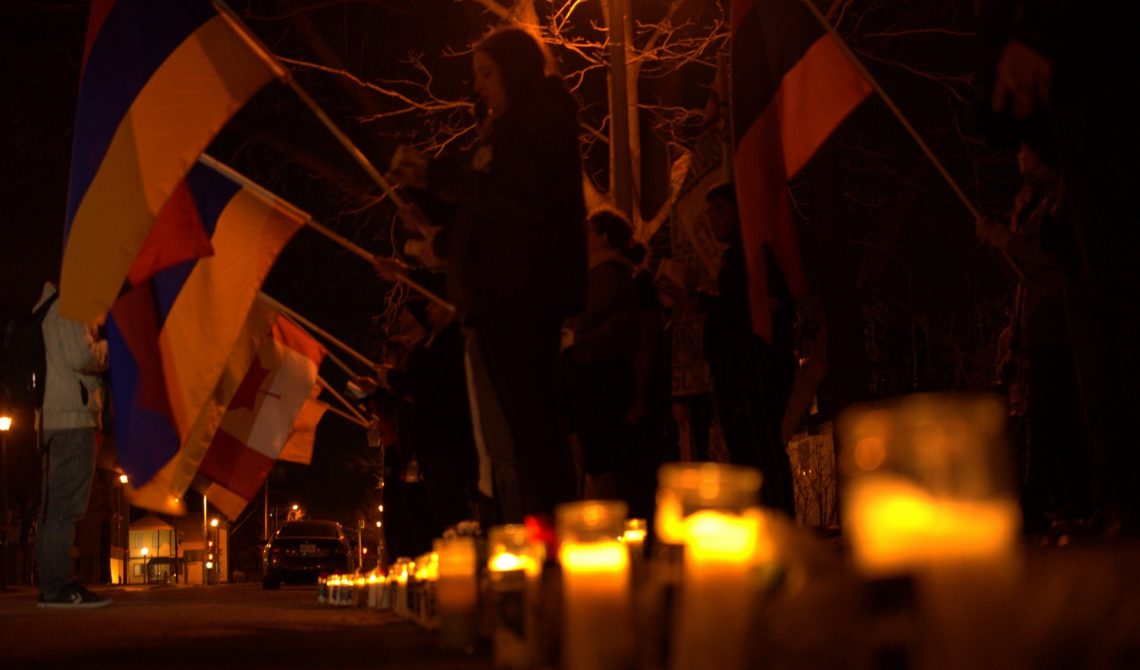 OTTAWA – Canadian-Armenian youth from multiple cities convereged in front of the Turkish embassy on the evening of April 23 to hold a midnight candle light vigil in remembrance of the 250 intellectuals taken on April 24, 1915.

In the group’s opening remarks, a message was directed to the Turkish ambassador: “This(arrest of intellectuals) was not a random act of violence from a few ambitious civilian nationalists. It was a planned, systematic destruction of Armenian leadership in preparation of the genocide to come. These individuals, that the Young Turk government considered enemies of the state were writers, teachers, lawyers and journalists. We remember them and we will remind you.”

The group proceeded to read the name and occupation of each individual that was taken on that dark day in history and remained most of the night in a silent protest. Before ending the gathering, a message by the youth was read to the ambassador, vowing to return every year and read more victim’s names as long as the government of Turkey continues its denial campaign.

By vowing to read these names, the youth sent a strong message to the ambassador and to Turkey that the collective loss of the Armenian nation would not be forgotten by the current or any subsequent generation of Armenians. Any attempts to stifle the calls of “never again” or ‘recognize the Armenian Genocide” are fruitless.